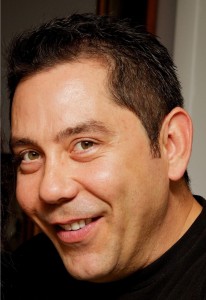 Telemundo has promoted Roberto Stopello to Vice President, Novela Development. In his new position, he will oversee the writing staff in the roll-out of Telemundo’s upcoming 2011-2012 original primetime programming.  He will also be responsible for identifying international production trends and recruiting renowned writers and screenwriters to join Telemundo.
Roberto was most recently Director, Writing Department.  His 2010 adaptation of “La Reina del Sur” was a ratings blockbuster and the most watched novela in the network’s history.
Prior to this post, he served as a writer for multiple Telemundo telenovela original productions. He also spearheaded the team of writers of the series “Decisiones,” writing and producing over 500 episodes.
Roberto’s move to a new position paved way for Juan Marcos Blanco to replace him as Director, Novela Development.