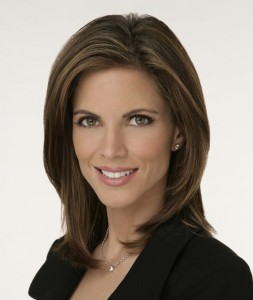 The new job is in addition to her duties as the news anchor of “TODAY” and co-host of the third hour, a position she’s held since March 2006. Prior to “TODAY,” Natalie was a national correspondent for “NBC Nightly News with Brian Williams” and “Dateline.”  She was also an anchor at MSNBC from 2002-2006.
Natalie began her career in broadcast journalism in 1998 at News 12 – The Bronx, where she spent a year shooting, producing and editing her own reports. She went on to a morning co-anchor and correspondent position at NBC’s WVIT in Hartford until her move to MSNBC.

The weekly, hour-long newsmagazine will premiere on Monday, October 31 at 10pm and will be broadcast live.  In addition to the weekly broadcast, NBC will offer evolving digital editions of “Rock Center with Brian Williams” online at RockCenterNBC.com and via the show’s iPad app.