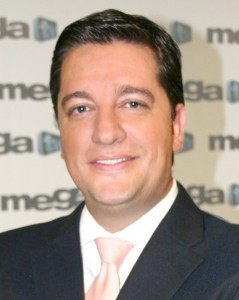 has been promoted to Regional Sales Manager for MegaTV.  Spanish Broadcasting System (SBS) hired Carlos in November of last year as Sales Manager in charge of its local and national Infomercial Sales Department.

In his new role, Carlos will be responsible for regional “spot” sales, paid programming and infomercials for MegaTV.

Carlos previously worked as an account executive at América TeVe (channel 41) in Miami.