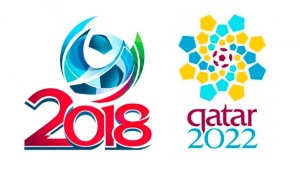 Telemundo has scored a major goal: beating Univision for the rights to World Cup 2018 in Russia and 2022 in Qatar. Fox got the English rights, outbidding ESPN. Bids were submitted on Wednesday in Zurich.

FIFA hasn’t yet released what the winners will be paying up, but The New York Times reports an insider has said the amount is “significantly higher than the combined $425 million that ESPN ($100 million) and the Spanish-language network Univision ($325 million) paid for the American rights to the 2010 and 2014 World Cups.”

Getting the World Cup rights could be a big game changer for Telemundo, which has been struggling to catch up with behemoth Univision, the country’s #1 Spanish-language network.

The World Cup is a major revenue generator for Univision, which helped the network earn $2.25 billion in 2010 – an almost 14% increase over the previous year.

Both networks have undergone recent significant changes. Will these changes affect the growth of either company?

In the past year, Univision has done a series of management changes, starting from the top, ousting CEO Joe Uva and later replacing him with Randy Falco.  There has been an overhaul of the news division, with the hiring of Isaac Lee as President of News.  Critics also question the weight of Televisa’s influence on recent hiring decisions, since it signed a deal in October of last year, investing $1.2 billion and becoming part owner of the company.

Telemundo has gone through transitions of its own.  This year, the NBC Universal-owned network became part of Comcast.  In September, Emiliano Romano was named President of the network replacing Don Browne, who retired in June. Just last week, Telemundo announced it would be producing and airing its first GOP debate in December, after the Republican candidates boycotted Univision.