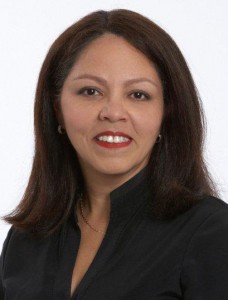 Enedina joined Meredith in 2006.  She is credited with the successful relaunch of the Ser Padres brand and leading growth in circulation and advertising performance of the publications within the Hispanic Ventures Group – including Siempre Mujer, Ser Padres and Ser Padres Espera.

Prior to joining Meredith, Enedina worked in multi-cultural media for Diversity, Inc. as Director of Corporate Communications.  She previously worked as Publisher of Time Inc.’s Suede Magazine and as Ad Director for Essence Magazine.  Before that she held sales and marketing positions in network radio at NBC and ABC.  She began her media career on the agency side at Grey Advertising and Backer & Spielvogel.