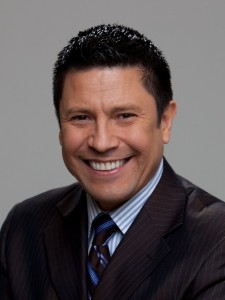 Former Univision network weekend news anchor Sergio Urquidi has just signed a deal that will bring him back to the airwaves in early 2012.  He’ll be the prime-time anchor of an interactive live newscast for Soi.tv.

Sergio was one of a group of Univision top talent to be let go in early 2009.  He had been the network’s weekend news anchor for 10 years.  He was previously anchor at KVEA-52, Telemundo’s O&O in L.A.

Soi.tv, a Miami-based venture, is currently in its test phase. The 24-hr television channel will be available online and on digital subchannels in the U.S.  Soi.tv’s website is currently pretty bare, but it offers an embedded live signal.

The social-media heavy newscast that Sergio will be anchoring is set to launch in February of next year.