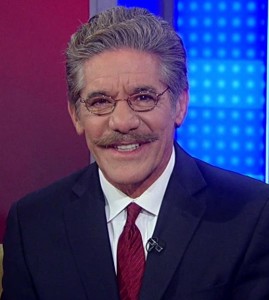 Starting January 3, Geraldo Rivera will become 77 WABC radio talk show host.  He will be filling the 10 a.m. to noon slot held by Joe Crummey, who was let go last week.

Geraldo will continue to work as a host of his Sunday night show “Geraldo at Large” on Fox News Channel and will also be a contributor to weekday programming.

According to the New York Times, the tagline for Geraldo’s new show (his first on the radio), is  “Not Red. Not Blue. But Red, White & Blue.”