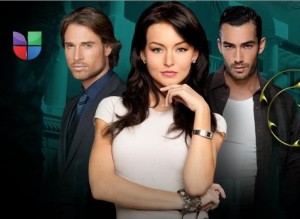 You can now get your telenovela fix on Hulu.  In an effort to attract the growing U.S. Latino audience, the online video site launched Hulu Latino, offering shows from Univision, Galavision and Telefutura.

Hulu announced the launch this past on Tuesday, December 13, as well as partnerships with 11 other Spanish-language content producers: Azteca America, Butaca, Caracol Televisión, Comarex, Estrella TV, Imagina US, Laguna Productions, Maya Entertainment, RCTV, Todobebe Inc, and Venevision – which will start appearing on Hulu and Hulu Plus in 2012.

The online video site now has a new tab called “Hulu Latino” at the top of the Hulu homepage. Viewers will be able to check out the Spanish-language programming on the free Hulu site and through the Hulu Plus subscription service.

Most of Univision’s programming wasn’t previously available online because the company didn’t have the online rights to Televisa’s telenovelas. After a lengthy legal battle, a judge’s ruling and finally, a game-changing deal signed by both companies last year, Univision/Televisa content is now available online in the U.S. via Hulu.