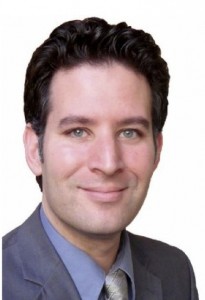 After five years at KHOU-11, Alex Sanz is leaving the station.  His last day at the CBS affiliate in Houston is Friday, December 9. He’s moving to West Palm Beach, where he will be a reporter for WPTV-5.

Alex will cover government and politics for the NBC affiliate. He will also contribute to FLDemocracy2012.com, a joint venture of The E. W. Scripps Company, its Florida television stations, the Scripps Treasure Coast Newspapers and the Naples Daily News.  He will also work as a substitute anchor. He starts the new job on January 9.

During his tenure at KHOU, Alex also has filed reports for CBS Newspath, CBS News on LOGO, CBS Radio News and the “The Early Show.” He moved to Houston after spending 3 years as a general assignment reporter at WTHR-TV in Indianapolis.  Before that, he was a morning anchor and reporter at News 12 The Bronx in New York. He also co-anchored News 12’s weekly public affairs program.

Alex was previously a freelance reporter at WFTS-TV in Tampa. He began his television career at the Channel One Network in Los Angeles.