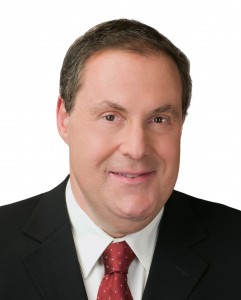 Telemundo sportscaster Andrés Cantor is being sued by William Morris Endeavor (WME).  They claim Andrés owes them more than $75,000.

Andrés left the talent agency in March 2010, but in a lawsuit filed in Florida federal court, WME says he still owes commissions on his salary.

The Hollywood Reporter reports that according to WME’s complaint, Andrés, then a sports commentator for Univision, signed an exclusive agency agreement that gave WME a 10% interest in his compensation. The contract was extended twice. The last time was in 1999, but WME says the agency agreement would “continue indefinitely until expressly terminated by either party.”

In 2006, Andrés left Univision and signed a 5-year deal to be a sports announcer, commentator and host for Telemundo.

WME, which claimed 10% commissions for negotiating that deal, says Andrés paid his commissions in full until September 2009, but then fell behind.  Shortly after, he sent WME an email terminating the agency agreement.

WME says Andrés owes commissions on the fourth and fifth years of the Telemundo deal, totaling more than $75,000.