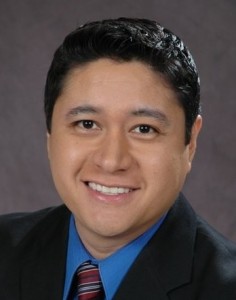 Luis Cruz just can’t get enough of Yuma!  He’s returning to KYMA to become news director for a third time at the station.  He starts the new job on Wednesday, February 1st.

Luis was most recently a reporter and fill-in anchor at KGTV, the ABC affiliate in San Diego.  His last day at that station was January 20th.

What’s pulling him back?

“I realized I missed mentoring young broadcast journalists and being on the management side of the business,” Luis tells me. “I still have my home in Yuma, Arizona and I’m excited to return to the number one rated television news station in the Desert Southwest.”