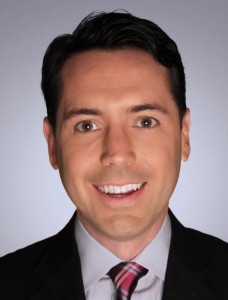 Fox News correspondent Kris Gutierrez is moving on. He’ll be anchoring mornings from 4:30 to 7 a.m. at WBBM, the CBS-owned local station in Chicago. He’ll be starting the new job on March 12.

He began his broadcast career as a reporter and weekend anchor in 1999 at CBS at CBS affiliate KXII-TV in Sherman, TX.