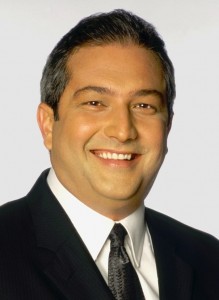 Manuel takes over from Ardyth Diercks, who left the station earlier this year.