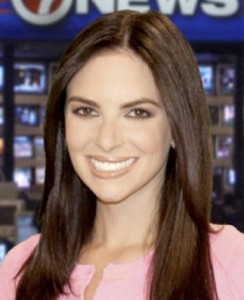 Alexis Rivera has been named co-anchor of WSVN’s “Today in Florida,” which airs from 5 to 10 a.m Monday-Friday.  She starts the new gig on April 30.

Prior to joining WSVN, she was a reporter and fill-in anchor at WPBF 25 NEWS in West Palm Beach for two years.  She was previously a weekend anchor/reporter at NEWS 12 in New York City.