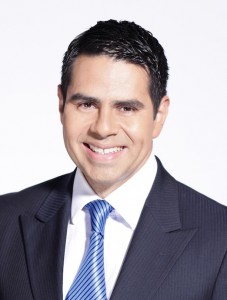 Univision Networks president César Conde was in New York City Wednesday night to receive the Executive Leadership Award at T. Howard Foundation’s 19th Diversity Awards Dinner.
Conde joined NBC’s Bridget Baker and ESPN, who also received accolades for promoting diversity in the marketplace.
Conde was introduced by Univision personality Gisele Blondet, who greeting a crowd of over 600 people at Cipriani Downtown with a loud “¡Hola!” Conde came to the stage and jokingly congratulated Blondet on her good English. “I know you work mostly in Spanish, but your English is pretty good,” said Conde.
Before Blondet came to the stage, Tonia O’Connor, Univision’s president of distribution sales and marketing came on to introduce Univision as the new “American Reality,” saying that for the first time in her entire career,she feels like a minority working at Univision.
T. Howard Foundation also introduced the Class of 2012, made up by 86 students of 45 colleges and 32 academic degrees who have been placed in paid internships at top media properties, including Viacom, Time Warner Cable, BBC and DirecTV. Interns also were given opportunities at NuvoTV and Univision.
Story by Laura Martinez