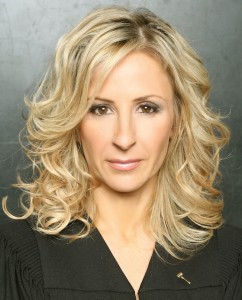 Cristina Pérez returns to TV with a new syndicated court series. “Justice for All with Judge Cristina Perez,” currently being produced simultaneously in English and in Spanish, is set to launch this fall.

Cristina is not a judge in real life. She’s a lawyer. She’s also a radio host, author and columnist.