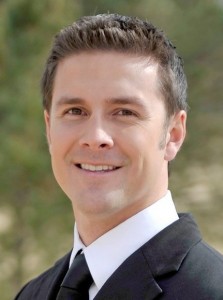 Phil Anaya is moving to the weekend anchor desk less than a year after joining KENS-5 as a reporter. Starting April 28, he’ll be co-anchoring “KENS 5 Eyewitness News” with Karen Grace.

Prior to joining the San Antonio CBS affiliate, Phil worked as a bureau reporter for KFOX in El Paso for 2 years.  That was his first job after graduating from New Mexico State University in May of 2009.