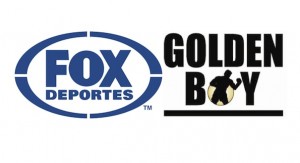 The partnership deal includes one originally produced boxing event per month from the United States that will also air on Fox Sports Net, as well as live boxing events from cities throughout Mexico.  In addition, FOX Deportes will broadcast classic fights from Golden Boy’s library.

FOX Deportes will broadcast two live boxing events per month from Mexico.   The network will also air a classic fight from the Golden Boy archives once a month and feature past and current world champions such as Oscar de la Hoya, Bernard Hopkins, Erik Morales and Marco Antonio Barrera.