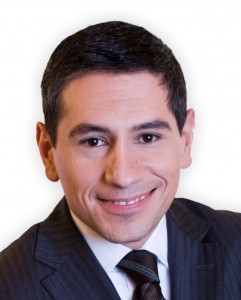 Alejandro Mendoza debuts this morning as the new co-anchor of “Primera Edición,” on KMEX-34, alongside Gabriela Teissier. He replaces Francisco Pinto, who left the station earlier this year.

Alejandro comes to Univision’s O&O in Los Angeles from KDTV-14 in San Francisco, where he has been 6 and 11 pm anchor since 2008.

He was previously a Mexico City-based reporter for Univision Network, working for “Primer Impacto” and “Noticiero Univision.”