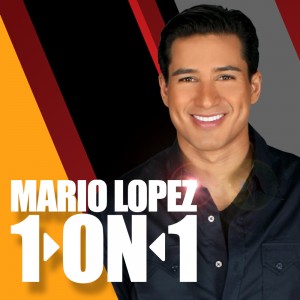 Is it my imagination, or is Mario Lopez everywhere? He’s the host of the nationally syndicated daily show “EXTRA,” hosts MTV’s  “America’s Best Dance Crew” and “On with Mario Lopez,” currently airing on 104.3 MYfm in LA but going into national radio syndication starting Monday, April 30… and now, he’s picking up another show on nuvoTV: “Mario Lopez 1-on-1.”

Mario’s show is just one of five new non-scripted series that nuvoTV has announced it will feature during its 2012-13 season.

Here’s the list of the other new shows being added to the lineup:

MARIO LOPEZ 1-on-1: This busy TV personality will be doing exclusive “1-on1” interviews with Latino celebrities.

FIGHT FACTORY: The one hour reality series takes a look inside the world of top Latino MMA fighters.

THE 7 OF CLUBS: DJ Dirty Draws – aka Latino mix master Jesus Cortez takes viewers behind the scenes of the hottest clubs and global party scene.

CURVY GIRLS: This realitiy show takes a look at the lives of plus-size models who will do almost anything to succeed in a modeling business ruled by thin women.

LOW-BALLERS: Auto experts travel around the country looking to buy cheap, busted down cars to fix up and re-sell at a big profit.