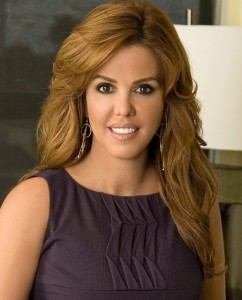 In commemoration of the anniversary, the daily news magazine will feature special programming until Friday, May 11 that will highlight some of the show’s most memorable moments. It will also showcase special appearances by top Hispanic celebrities such as Alejandra Guzmán, Sofía Vergara, Ricky Martin, David Bisbal, Pepe Aguilar, Jenni Rivera, José José, Gerardo Ortiz, Espinoza Paz, Enrique Iglesias and Romeo.

María Celeste Arrarás, host of “Al Rojo Vivo,” joined Telemundo in 2002 to helm her own show.  She was previously co-host of Univision’s “Primer Impacto” from 1994 to 2002.

“ARV” replaced the long-running “Ocurrió Así,” which aired on Telemundo for almost 12 years.