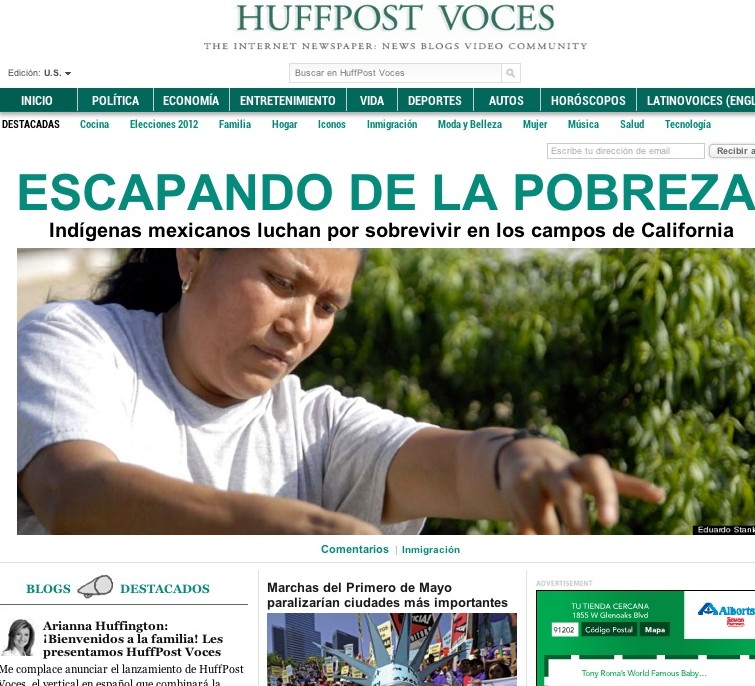 As of today, AOL Latino no longer exists. Yesterday was the final day of the Spanish-language spin off launched by AOL Corp. in 2003. The site has been rebranded as Huffpost Voces.

People that log in to www.AOLLatino.com will now automatically be redirected to Huffpostvoces.com.

The front page of today’s HuffPost Voces includes a welcome message in Spanish by Ariana Huffington.

According to a Portada story, the AOL Latino editorial team is expected to remain in place. Miguel told reporter Laura Martínez that Voces is not a Spanish-language version of the Huffington Post, nor a translation of Latino Voices, but rather “an addition; it is a totally different site that will help nurture content across the HuffPost platforms.”

Read Laura’s musings on the end of AOL Latino in a column she wrote today for Fox News Latino.