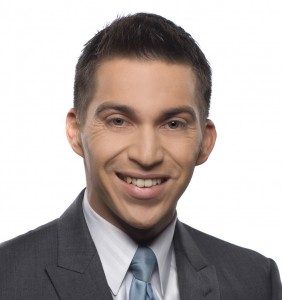 Manuel Bojorquez is joining CBS News as a Dallas-based correspondent. He’ll be reporting for all of the network’s news platforms. He starts the new job in late July.

He leaves Atlanta, where he has been working as a reporter for ABC affiliate WSB channel 2 since 2006. His last day at WSB is July 20.

“It’s always been my goal to report at the network level and I’m motivated by CBS’s emphasis on original reporting,” Manuel tells me. “I’m honored to become part of the CBS news team.”

Prior to his reporting gig at WSB, Manuel was a general assignment reporter at KNXV-15, the ABC affiliate in Phoenix. He began his television career at KESQ-3, also an ABC affiliate, in Palm Springs.

Born in El Salvador and raised in South LA, the USC grad says his cultural roots and upbringing have had a profound effect on his life and career.

“I’m grateful to my family for making sure I grew up speaking Spanish at home. That has been such an asset in my career. I’m looking forward to the next chapter.”