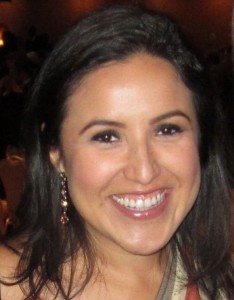 She’ll report to Willie Lora, who left the position in March to become CNNE’s News & Political Director, based in Atlanta.

Marcela took over her new role effective Monday, May 14. In addition to managing the bureau, she’ll be in charge of show production and help in CNNE’s  political coverage, “Voto Latino 2012.”

For over two years Marcela has been a Senior Editorial Producer for CNN John King USA. She was previously a Washington, D.C. producer for Univision’s weekly political show “Al Punto.” Marcela has also worked for the office of former Speaker of the House of Representatives, Nancy Pelosi.