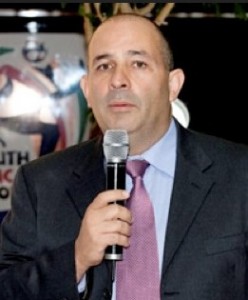 He will be based in Miami and will report directly to César Conde.

Prior to joining TDN, he was the founder of Grupo Estadio, later acquired by Televisa. He was previously a senior executive at Calzado Técnico, an Adidas manufacturer in Mexico where he oversaw endorsement contracts with Liga Mexicana teams, players and Olympic athletes.

In an email, Conde told staff  “Juan Carlos is recognized as one of the most influential and entrepreneurial sports network executives in the Americas. His leadership has been evidenced in Televisa Deportes Network’s fast growth as a sports content powerhouse in Mexico.”

Since Sandy Brown’s departure as President of Univision Sports in March, Beau Ferrari and John Eck served as interim co-heads of Univision Deportes.