The network also confirmed that it will record an “Unplugged” with urban superstar duo Wisin y Yandel, and produce more “Making of the Video” specials. 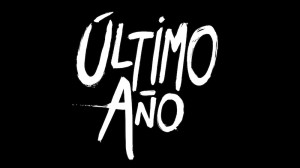 Here are the new shows:

“The Golden Boys”- produced by 51 Minds, Mario Lopez will be the executive producer of half hour show that tracks the legendary Oscar De La Hoya as he trains, promotes and mentors three up and coming fighters.

“Latino Boot Camp”- reality show connect ingyoung Latinos to their roots through encounters with their ancestors in Latin America.

“From Chongas to Reinas” – competition that will transform “rough” Latinas into well-mannered “queens.”

“Culture Swap” – two young adults (one Latino) with very different cultural backgrounds switch lives for a week of exposure to another world.

“The Dulce María Show” follows the departure of actress and former RBD singer Dulce María from her family to new-found independence, a new language and a new culture in Hollywood.