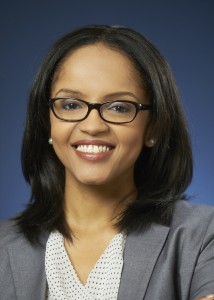 Before joining Univision, she was Manager of Public Information for Pace University, a consultant for Hispanic Services at Medialink Worlwide, and an account manager at Seton Hall University.

She also has international experience working as a senior account manager for Halogen Communications, a public relations firm in Edinburgh, Scotland where she earned clients national media placements in the UK and trade coverage in the U.S. She began her career as a public relations assistant for the Archdiocese of Newark.