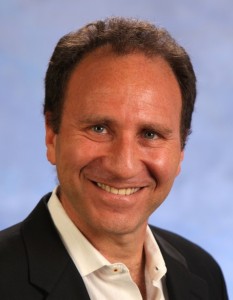 When it launches on August 13 of this year, MundoFox will be entering a very competitive Hispanic television market.  Established players Univision and Telemundo have been on the scene for over 50 years.

Undeniably, Univision is the number one Spanish-language network in the U.S., with Televisa programming central to its success.  But Telemundo has been gaining significant ground in the past year with original productions.  How does MundoFox hope to compete?

Media Moves spoke to Javier Szerman, Vice President of Content Development to get some answers.

There’s much expectation about what MundoFox will deliver in terms of original programming.  What’s the strategy behind your initial lineup as you launch the new network?

The Fox brand has always been associated with innovation. So, our strategy is to innovate.  The way we’re planning to do this is offering a mix of things that we think and know the audience is asking for but hasn’t been served yet in Spanish-language television in the U.S.

To be more specific, this mix of programming will be of teleseries, weekly fiction series, daily comedy and we’re going to be offering something that the other Spanish-language networks in the U.S. are not offering, which is we’re going to be telecasting our newscast live in each time zone [ET and PT].

We also have other stuff like sports, including something very popular among Latinos, which is the Ultimate fighting championship – UFC – live.  We’re also going to have game shows. Someone can say other networks are offering kind of the same programming.  But one thing is the genre and the other is the quality of the programming.

Fox in general has reputation of being edgier than the competition and we’re going to apply that edginess in our market too.

What do you consider to be the biggest challenge in designing a programming lineup from scratch?

A challenge in programming is finding, among the humongous amount of content that our partner RCN is bringing to the table, what is the right one for our audience and where to program in terms of timeslot and frequency. Also, part of the challenge is in terms of acquisitions – finding the right family and action movies for the weekends.

It’s like when you’re cooking a dish, it’s getting the right ingredients, but it’s not only the ingredients, it’s how long it takes to mix it or cook it.

In the original content side, we’re going little by little, that’s part of the challenge. Our first original production is a game show called “Minuto Para Ganar,” and it’s by Shine America – the first Spanish show they do in U.S.  It’s based on the original format of “Minute to win it” that is being successful in not only in the U.S. but in other parts of the world.

Another challenge is the assumption or the idea we may have about what the audience wants and then trying to see when the channel launches what’s the reaction from the audience.

Does that mean you’ll adapt your programming based on the feedback you’ll get from your audience?

I think that there’s certain things we know are going to work, but there are always surprises.  They could be good surprises too.  The Fox name is very big, so in a way people know what to expect.  At the same time, it’s a new territory, so there’s always an evaluation of how things are going.

You’ve produced original programming for U.S. Hispanic audiences in the past. What did you learn from that experience and can it be applied now, more than 10 years later?  Do you think the audience is the same?

My experience back then was co-creating and writing a sitcom for Sony that aired on Telemundo for a season [in 2001].  It was called  “Viva Vegas.”  We did 24 or 26 half-hour episodes.  It was a traditional sitcom, multi-camera, not single camera.  I think there’s room for that kind of sitcoms right now.  But I think it should be the right characters and storylines for today’s world.

In these past 10 years the market has evolved; the world has evolved in many ways.  There have been a lot of cultural and technology changes that affect any culture.  We’re not planning to do sitcoms at this time, but we’re not ruling it out.  Sitcoms are types of comedy that have been proven to be very effective.

You’ve most recently been doing productions for Latin America.  The audiences and their interests there are different than those of U.S. Hispanics.  How do you plan to bridge that gap, given that a lot of your initial programming comes from RCN colombia?  Do you think those programs will resonate with audiences here?

There are similarities and differences between Latin American audiences and the U.S. Hispanic audience.

The content that RCN has been providing to other U.S. networks in the past has proven to be very successful.  One of the most recent cases is the teleseries “El Capo,” which was produced in Colombia by our studio Fox Telecolombia for RCN.  After “El Capo,” we’ll have another teleseries called “Corazones Blindados” (“Armored Hearts”).

It’s true that there are differences.  But there’s certain kind of programming, an example would be Kdbra, that has universal appeal.  The first season that we sold to Galavision has been successful. It proved it could be successful not only with U.S. Hispanics, but it aired successfully in other countries.

The experience we bring from Latin America is that Latin America by definition is a pan-regional market, so we have to cater to many countries with many cultures at one time.  We have an experience there that we think we can apply here in the U.S.

Your role description states you’re in charge of development and production of all original content for MundoFox, including drama and comedy series, talk and variety shows. Will you be producing original programming in all those genres in the U.S.?

We’re going to be developing all those genres.  When I said we’re not developing sitcoms right now, I was referring to traditional multi-camera sitcoms.  There is another type of comedy, which is a single camera half-hour that we’re exploring.

We’re planning to do talk shows, variety shows and fiction series.  Those shows are going to be produced here in U.S.

What type of productions will you be doing first?

We’re in pre-production for the reality show “Minuto para ganar.”  We’re going to start shooting in the next few weeks. We’re doing casting of participants.

I can’t confirm yet whether the show will launch when the channel launches on August 13, or a few weeks little later.  We’re going to do 60 episodes that will air Monday through Friday.

For “Minuto Para Ganar,” you’re bringing in talent from Mexico. Will you be tapping into U.S. Hispanic talent for the other shows?

We can’t confirm talent right now, but the idea is to bring talent that’s appealing to the U.S. Hispanic market, whether it’s talent born and raised or raised in U.S., or if they come from Latin America, Mexico, for example.  Obviously, they have to speak Spanish.

How important will be news production in your lineup?  And how much say will you have in the production of news?

I’m not supervising the news.  That’s not part of my area.  Jorge Mettey, VP of News, is handling that department.  The fact that I mentioned it was because you asked about strategy.

All I can say is that we think that it’s important to our audience and advertisers to have the national newscast live in both coasts.  That’s why we’re doing it.

How much of a commitment has parent company Fox given MundoFox?

Fox’s parent company, NewsCorp has been extremely supportive since this idea started and considers MundoFox a priority.

Do you feel any pressure from everyone analyzing the new network’s every move, particularly in terms of programming?

But there’s also great expectation from advertisers to audience to people in the business in general. Everyone is very excited.  We think competition is very good, even for our competitors.

You’re coming into the race when there are already other very well established Spanish-language networks.  What do you envision will be your biggest challenge in trying to catch up to Univision and Telemundo?

We don’t have expectation of beating Univision any time soon. Both Univision and Telemundo have been doing a great job for many years.  They have very well established brands. It would be naïve for us to think we can beat them in the short term.  We know that the Spanish-language market is growing and there is room for everyone.  At least, there’s room for a new player like us.

Currently Vice President of Content Development, he was previously Executive Director of Content Development for Fox International Channels Latin America, where for the past 6 years has overseen the creation, development and production of multiple original drama series, including “Kdabra” seasons 1, 2 and 3 and “Tiempo Final.”  Earlier in his career he developed, wrote and/or produced several projects for Sony Pictures Television, Disney/Buena Vista Productions, Telemundo and Univision, among others.

In his new post, Szerman will be in charge of development and production of all original content for MundoFox, including drama and comedy series, talk and variety shows.