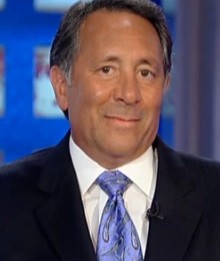 Former Univision CEO Joe Uva gave his analysis on the state of Latino media during an interview on Fox News Latino yesterday. He told reporter Bryan Llenas that the Hispanic market can sustain the upcoming new media ventures, referring to the Univision-ABC English news channel, projected for launch in 2013, and the August debut of MundoFox.

For years, Univision’s message to advertisers has been that the only effective way to attract Hispanic viewers is through Spanish-language programming.  When asked about whether his former company’s new strategy of offering English programming was the way to go, he replied:

“I don’t think it’s one or the other. I think it’s very important to recognize that there are many components to the Hispanic community and certainly from a language perspective Spanish language is going to continue to be very, very relevant….However, when you speak about news and information, when you speak about lifestyle programming, and when you think about sports, and music, and food, and other genres I think there is a growing community of bilinguals and those who prefer, and are English dominant, who would welcome the opportunity.”

About MundoFox, he gave them high marks for their partnership with RCN, which gives them access to ready-made content:

“I think MundoFox will have the benefit of the experience of their international channels in Latin America to draw on. There is room for competition in the marketplace and the fact that you’re going to have this community have more choices is a really good thing.”

Uva, CEO and President of Univision Communications from 2007 to 2011, is now director of Dunkin Brand Group.