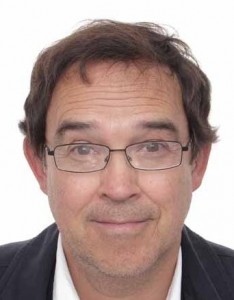 Columbia University today announced the 2012 winners of the Maria Moors Cabot Prizes and Juan Forero, Washington Post and NPR Bogotá-based correspondent, was one of this year’s gold medalists.

“It’s such a great honor for me to receive this prestigious award,” Juan tells me. “I feel that I have one of the last great jobs in journalism: getting paid to travel to the far corners of South America to meet with some of the most interesting people you could imagine and write about their lives.
This award validates that work and shows that the resources and time that the Washington Post and NPR have put into the region have been well worth it.”
Before joining the Post and NPR in 2006, Juan spent 6 years as the Bogotá Bureau Chief for the New York Times, covering the Andean region. He was previously a reporter for the NYT,  The Star-Ledger, New York Newsday, the San Dieto Union-Tribune and The Buffalo News.
Now in its 74th year, the Cabot Prize is the oldest international award in journalism. It honors journalists or outstanding reporting on Latin America and the Caribbean. The prizes are administered by the Columbia University Graduate School of Journalism.
The prizewinners will receive gold medals, a $5,000 honoraria, and a certificate to the citation honoree during a ceremony that will be held at the University’s campus on Thursday, October 25.