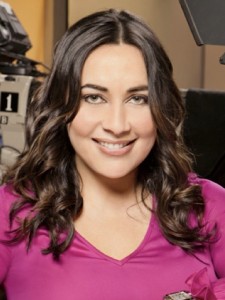 Solangelee Molina has been promoted to Senior Director of Video Programming for Univision. She was most recently Director of Entertainment Programs.

In her new role, she’ll work closely with show producers and will be the point person at Univision Networks, including UVideos, collaborating with the distribution, interactive, and TV programming teams to ensure there’s alignment between the network’s broadcast television programs and its digital platforms.

One of her key priorities will be to produce short and long form extensions of Univision programming for all of its platforms, specifically the creation of highlight packages and promotional segments to drive consumption of long form content.

Sol started her career with Univision in 2001 as a producer on “Despierta América” and later on “Primer Impacto.” In 2011, People en Español magazine named her “One of the Most Powerful Latin Women in the Entertainment Business.”