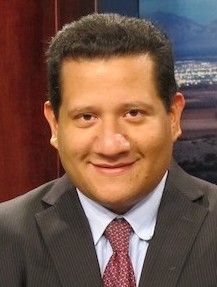 Carlos Correa has joined KERO-TV, the ABC affiliate in Bakersfield, as a general assignment reporter.

Carlos spent the last two and a half years as News Director and multi-media reporter for KRWG, the PBS and NPR stations in the El Paso/Las Cruces market.

He previously worked as a reporter/anchor for KOLR (CBS) and KSFX (FOX) in Springfield, Missouri and KTVO (ABC) in Ottumwa, Iowa. He began his career as an intern at WMAQ (NBC5 Chicago), working his way up to assignment desk weekend editor and field producer.