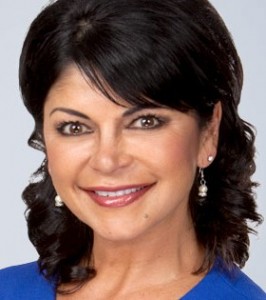 Lead weather anchor Roberta Gonzales has been demoted to weekends at KPIX in San Francisco. She’s currently doing weather at 5, 6, 10 –  until the end of the month.  The station announced it’s bringing in Paul Deanno, from KOMO in Seattle, as its chief meteorologist, effective Aug. 30.

According to a San Jose Mercury News report from early August, there were talks she was leaving the station and that “financial considerations” could be part of the reason she might not be renewed.  But in a twitter message, Roberta wrote she renewed her contract and that by the time it ended, she would have been at CBS5 for 20 years. She has been at KPIX for more than 15 years.

She has previously worked at WMAQ in Chicago; XETV, KGTV and KPRI FM in San Diego; and KNTV in San Jose.