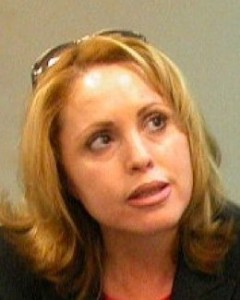 Former Telemundo reporter Vicky Gutierrez, who was terminated from KVEA-52 in March of this year, is suing Telemundo and parent company NBC Universal for wrongful termination, retaliation and age discrimination.

In the lawsuit, filed Wednesday in Los Angeles Superior Court, her attorney claims Vicky was taken off  KVEA’s air when she turned 50 and replaced with a younger reporter.  She had been working for Telemundo 52 since 2003.

According to the complaint, “Defendants [KVEA] claim to have ‘laid off’ Ms. Gutierrez, age 50, but they actually terminated her, without cause and in breach of the employment contract between the parties, and promptly replaced her with a substantially younger woman to ‘look’ younger and ‘better’ to attract better ratings and at a lower cost to the employer.”

Vicky’s attorneys claim she was the “victim of workplace discrimination and harassment” and that she made verbal and written workplace complaints about workplace conditions to her supervisor Rick Morales and HR supervisor Cristina Coe, but that they were ignored and were in fact, the reason why she was terminated.

You can read the lawsuit, obtained by the Hollywood reporter, here.
Vicky was not the only reporter terminated in March.  Two other younger women – reporter María García and weather anchor Ericka Pino – as well as reporter Roberto Lacayo, were also laid off.