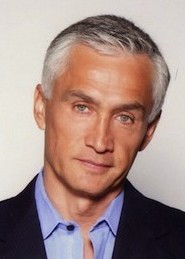 An eight-time Emmy award winner and author of 10 books, Jorge has made TIME magazine’s list of “the 25 most influential Hispanics in the United States” and Newsweek’s list of 50 political and media figures. A Pew Hispanic Center survey found that Jorge is the second most recognized Latino leader in the country. He has been with Univision since 1986.

The award is named for the founder and first president of RTDNA, John F. Hogan. The award ceremony will take place Friday, September 21 at 5:15 p.m. during the Excellence in Journalism Conference this September in Fort Lauderdale.