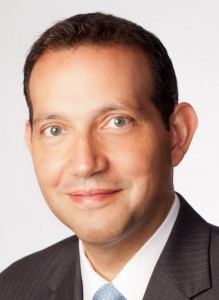 Guillermo Sierra, who was most recently Chief Content Officer and SVP at VME Media Inc., has joined BBC Worldwide as SVP & General Manager Channels and Branded Services for Latin America and US Hispanic.

Guillermo will report to Jana Bennett, President, Worldwide Networks and Global BBC iPlayer and will work closely with Fred Medina, BBC Worldwide’s Executive Vice President for Latin America who provides strategic direction for growth in the region.  He’ll be based in Miami.

In his new role, Guillermo will be responsible for the continued growth and strategic development of BBC Worldwide’s portfolio of commercial channel services which currently comprises BBC Entertainment, BBC HD and CBeebies. He’ll also be responsible for CBeebies in Latin America and the US Hispanic markets.

Earlier this year, BBC Worldwide announced it was restructuring its operations, putting a greater focus on international markets. That reorganization, based on 7 geographic regions, will take effect on October 1, 2012.

Prior to joining BBC Worldwide, Guillermo spent 6 years at VME Media Inc., where he was responsible for the creation and implementation of a multi-platform content strategy for the company, as well as program acquisitions, marketing, on-air promotion and technical operations.