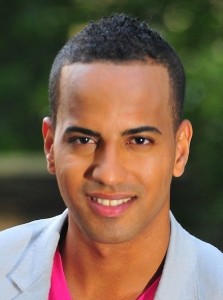 Eliecer has previously been an entertainment commentator for CNN en Español, a producer for AmericaTeVe, an on-air talent for Sábado Gigante and a field reporter for mun2’s “The Roof.”
A native of the Dominican Republic, Eliecer began his television career when he was 7, on the children’s show “Sábado Chiquito de Corparan.”  He began his adult TV career in the U.S. in 2004, when he joined mun2.