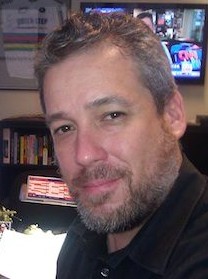 Village Voice Editor-in-Chief Tony Ortega has decided to leave the New York weekly to chase after Scientologists. This is his last week after 5 years on the job. He has dedicated the past 17 years to writing about Scientology, blogging about the topic almost every day for the past 2 years. Now, he’s going to write a book.

He explained his departure to his readers in a blog post, saying: “I’ve decided to take advantage of this moment to change directions….I will be leaving to pursue a book proposal about Scientology in its time of crisis.”

“I could not even begin to contemplate that kind of move without the experience I’ve had with the loyal readers of this blog. I started writing about Scientology seventeen years ago, but in the last two years I tried a new experiment — blogging about Scientology’s many global controversies in a consistent, nearly daily frequency. In 2011 and 2012, I published 465 blog posts about Scientology — and many of them contained multiple stories. (Recently, I posted a list of some of the most significant of those pieces.)

Many of those stories I could not have produced without the involvement and aid of our amazing commenting community. Your tips and knowledgeable analysis have made this blog live and breathe. I regret that at least for now, this show is going off the air. But perhaps soon, as I pursue my new goals, I’ll be able to post a story here and there in another venue. I hope you’ll look for me when that happens.”

Tony previously worked for weekly newspapers in Phoenix, Los Angeles, Kansas City and Fort Lauderdale, starting out at the Phoenix New Times in 1995. He was named Arizona’s Journalist of the Year in 1996 for exposing corruption in Sheriff Joe Apaio’s Maricopa County offices.