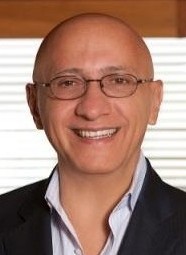 Based in Miami, he’ll report to César Conde, President of Univision Networks. Jessica Rodriguez, EVP of Program Scheduling and Promotions, will report to Ciurana.

In his new role, Ciurana will oversee programming for Univision’s broadcast and cable networks.

The 34-year television industry veteran was most recently VP programming of Grupo Televisa, a position he held for 15 years. He was previously based in London, where he oversaw international operations at Televisa, helping expand the company’s brand and reach around the world.

Earlier in his career, Ciurana worked as VP of Production for Univision Network. He began his television career as a producer for the weekly variety show “Siempre en Domingo.”