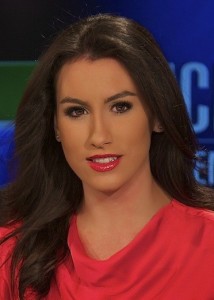 Marina Marraco is crossing over into English-language news.  She has just been hired at WESH-2 in Orlando as a reporter for “Sunrise,” the NBC affiliate’s morning newscast. She starts the new job on Oct. 22.

About her move, she tells me:  “I’m extremely excited to be joining a group of consummate professionals. This is undoubtedly a huge change in course for my career, but I could not be any happier. I leave behind many friends and great colleagues at Univision who have helped me grow tremendously.”