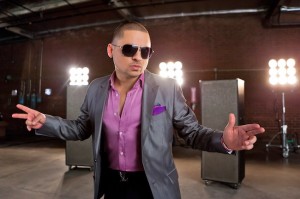 The premiere of reality show of “Larrymania” featuring popular Mexican singer/songwriter Larry Hernández, delivered record ratings for mun2.  The show was the network’s largest debut delivery for any original program among adults 18-49, and the mun2’s largest audience for any reality show premiere in key demographics, according to Nielsen research.

“Larrymania” was also popular online – the show helped drive 6 of the 10 most viewed videos on mun2.tv this month.

The series consists of 10 one-hour episodes that follows the day-to-day activities of the artist, who was born in Los Angeles and grew up in Culiacán, Mexico.  “Larrymania” is produced by Cinemat and Executive Produced by Gloria Medel Solomons for mun2.