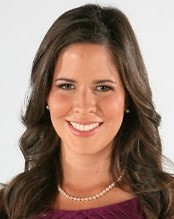 Prior to joining MundoFox, Peggy was a correspondent for TV Martí and Univision in New York. She was also the host of Noticias GenTV for the Caracol network. She has also been a reporter, writer and producer for Telemundo’s national newscast and “Al Rojo Vivo.”  She began her broadcast career in Chicago where she was a health reporter for WGBO, Univision’s O&O and an anchor/producer Telefutura local news briefs.