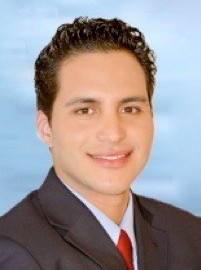 Enrique Chiabra is making a move within his own station.  Starting next Monday, November 12, he starts a new job as News Director of Univision Palm Springs, an Entravision station.

“A lot of responsibilities come with this position,” Enrique tells me. “But I’m really excited to take on this role and maintain the high standards our newscast has built within our community in the Coachella Valley.”

Enrique is currently an anchor/producer for the 6 and 11 pm newscasts.  He has been at KVER for the past 2 years.  His first job was as an anchor/reporter/producer for Univision Nevada in Reno, where he spent a year.  He graduated from UCLA in 2009.