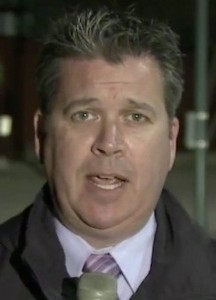 Brandon Cruz has been hired as a full-time reporter at WITI, FOX 6 in Milwaukee after more than 3 years as a freelancer at the station.  He’ll be working Tuesday through Saturday nights and will also be a back-up sports anchor.

“I’m really happy to get the full-time reporter job at Fox 6 because I’ve been able to make the station home,” Brandon tells me.  “Milwaukee is important to me in so many ways, but most importantly, it’s where I met my wife. This job now allows us to stay here in her hometown and close to her family.”

Originally from Pleasanton, CA he started his career as a producer at KCAL-9 in Los Angeles and took his first on-air job at KVEW-KAPP in the Tri-Cities, WA as a sports director.