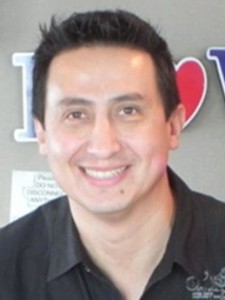 Univision Radio today announced it has named Ysaac Álvarez as afternoon host of  KLVE 107.5, its radio station in Los Angeles.  Starting today, he’ll be on the air Mon-Fri from 3 to 7 pm.

Ysaac spent the last 2 years as afternoon drive host at Clear Channel Radio Chicago’s Mega 95.5 FM.  Earlier this year, he was also a co-host and sports commentator for ESPN Radio 97.5 FM in Chicago.

He launched his broadcasting career at “Radio Continente” in his native city of Cuzco, Peru.