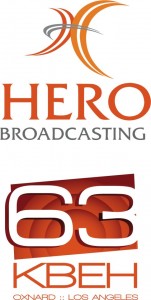 CNN Latino will offer an 8 hour block of news, lifestyle, documentary, talk and debate programs, in a flexible format that will allow stations to customize to fit its needs.

Asked if the January launch of the service is an attempt to beat the Univision-ABC joint venture, Cynthia Hudson-Fernández, SVP and GM of CNNE and Hispanic strategy for CNN/U.S. denies it.  “This project has been in the works for over a year…. We were looking at ways to create a unique product that had a unique spin for the U.S. Hispanic market,” she said in a phone interview. “We’re talking about two different things.  They’re trying to launch a network. We’re going to syndicate programming – a formula that we’ve been successful with in the past….. Many years ago, CNNE used to produce newscasts that aired on local stations.”

Hudson-Fernández, in Los Angeles for the announcement, says they are in the process of signing deals with L.A. personalities for the some of the programs that “will be unique to the channel.”  She says the programming slate and logo for CNN Latino will be unveiled soon, but gave a small advance: “CNN Latino will have a version of Showbiz Latino, with content specific for U.S. Latinos.  That will also be the case with documentaries.  We also have a new show called “Magazine” for the afternoon.

The creation of the service and new customized programming means CNNE will be hiring about 25 people, mostly in production, with some personnel slated for web production and others in sales, to be distributed between Mexico, Atlanta and Los Angeles.

Hudson-Fernández says CNN Latino will “hopefully be in 3 or 4 key markets before getting on the air.”

She will be responsible for the day to day business operations of the new service and Eduardo Suarez, CNNE’s VP of Programming, will be in charge of handling the content for the new venture.

“The U.S. Hispanic audience is large enough, the offerings are scarce and not diversified. There’s a lot of people playing in the space, trying to identify opportunities in the Latino market – whether in English or Spanish. The beauty of it is that there is room for two distinctive content options – the CNN en Español brand and now a new brand for new partners,” Hudson-Fernández says confidently.

If all goes well, CNN Latino will be in 10 markets within the year.  The service aims to attract English-language general market independent stations that need to fill a void.

“If I were a broadcaster in a heavily Latino market, I wouldn’t hesitate in getting the service,” says Hudson-Fernández. “It’s what would make sense.”

**Note: An earlier version of this article mentioned the CNN Latino programming block would be in English.  It will actually be in Spanish.  CNNE currently is only available on cable.  By providing a syndicated programming service, CNNE will now have exposure in over the air broadcast stations, expanding their brand beyond cable.