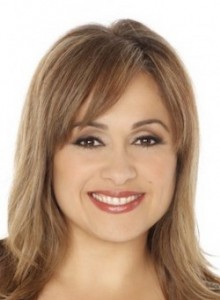 Emmy-award winning journalist Elizabeth Espinosa has been tapped to host “Sin Límites,” a new program on CNN Latino that will air on KBEH-DT Channel 63 in Los Angeles.

The one-hour program will be an informative magazine-style show that will air live Monday through Friday at 8pm PT.  She will continue to work as a reporter for KTLA-5.

Elizabeth has previously worked for Spanish-language television, starting her career as an assignment editor at KVEA-52, before moving to a reporting job at KSTS-48 in San Jose. Before joining KTLA, she worked as a reporter for Fox 11 News in Los Angeles.

Elizabeth also participated in a TV reality show.  She was selected as one of 10 finalists for OWN’s “Your Own Show” contest in December 2010, from more than 9,500 online audition videos.  She was eliminated in the fifth episode of the contest.