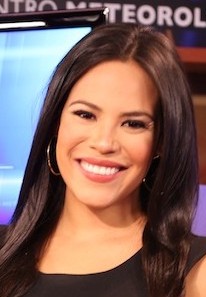 Univision Chicago announced it has named meteorologist Ericka Pino chief weather anchor for the station. Although she started the job in late November, Univision only just now made the official announcement this week.

Prior to her move to Chicago, Ericka freelanced at Univision’s KMEX-34.  Before that, she spent more than 6 years as weather anchor for KVEA-52, the Telemundo O&O in L.A.