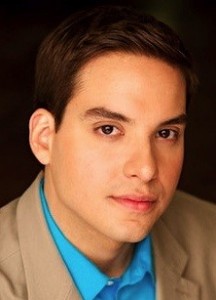 Emmy-award winning Ariel Rodríguez has started a new job at Telemundo.  He’s the new weekend meteorologist at WSCV-51 in Miami.  He began the new gig this past Saturday, Jan. 12.  He’ll be working Wed-Sun.

“My main focus will be to strengthen the weekend newscast as a full time meteorologist,” Ariel tells me. “In addition, I will research and develop environmentally friendly and nature related stories.”

Ariel was most recently a meteorologist for the Telemundo Production Center (TPC), working out of Dallas since 2006.  His last official day working for the TPC was Friday. He’ll continue to cover TPC markets from Miami until the TPC is dissolved on February 1st.

Prior to working for the TPC, he spent a year at Telemundo Dallas station KXTX-39. He began his broadcast career at WTMO, the ZGS Telemundo affiliate in Orlando, after a brief stint at ClimaData, meteorologist John Morales’ private weather forecasting and consulting firm.

“I grew up watching ‘el 51’ after migrating to Miami from Cuba in the late 90’s,” says Ariel.  “Joining this excellent team is a dream come true and I am extremely happy to be back home in South Florida.