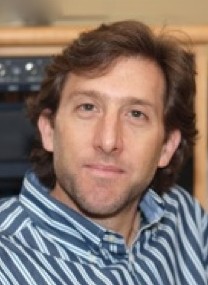 “I leave Texas and the Southwest with a heavy heart, after spending the last decade and a half of my career in that region. But I’m happy to return to my East Coast roots and particularly to this tremendously challenging opportunity at Fox News Latino,” Hernán tells me.

“I look forward to teaming up with Frankie Cortés and rest of the FNL staff in order to make it the go-to news and information site for Latinos and for anybody interested in top issues impacting the U.S. Latino community and Latin America.”

Hernán was most recently a freelance correspondent for the Associated Press Spanish-language service, based in San Antonio. Before that, he spent 2 years as a senior correspondent for National Public Radio, on its “Fronteras: The Changing America Desk,” primarily covering immigration, border and demographic issues and was also an adjunct professor at St. Mary’s University.

He was a senior reporter for the San Antonio Express-News from 2003 to 2009 and previously spent 4 years as a reporter for The Arizona Republic.

About the move to online he says “shifting to full-time online news is a natural next step for me, after having worked in newspapers and multi-media broadcast.”